If you are a Jacksonville fan, It’s probably best to take the glass half full approach to the Jaguars‘ 2021 season. The Jaguars have won twice as many games this season as they did in 2020, when they finished dead last in the NFL with a 1-15 record. Rookie quarterback Trevor Lawrence continues to show significant signs of growth. The offense includes other young star potential in running back James Robinson and receiver Laviska Shenault Jr. The team has also shown considerable growth on defense, led by defensive end Josh Allen and linebackers Myles Jack and Damien Wilson.

At 2-8, Urban Meyer’s team is in position to have one of the top picks in the 2022 NFL Draft. Depending on how the rest of the season shakes out, the Jaguars may even be in position to claim the No. 1 overall pick for a second straight year. That would require the Lions and Jets to finish with better records than the Jaguars. While they do not have the Lions on the schedule, the Jaguars will travel to the Big Apple to face the Jets in Week 16. Jacksonville also has a home game in Week 15 against the Texans, who are currently just behind them in the race to claim the No. 1 overall pick.

Here’s a look at the five Week 12 games that could determine the No. 1 overall pick, along with the current top of the draft order. Click here to check out which player our CBS Sports NFL Draft analysts currently have your team taking in the first round of the upcoming draft.

The first of three Thanksgiving Day games, the Lions will try to get their first win of the season as well as their first victory on Thanksgiving Day since 2016. Detroit’s best player this season has been second-year running back D’Andre Swift, who along with his 555 rushing yards is also the team’s second-leading receiver with 420 yards on 53 receptions. Swift will face a Bears defense that is currently 24th in the NFL against the run.

Each of our CBS Sports NFL Draft experts currently have the Lions selecting Oregon defensive end Kayvon Thibodeaux. Thibodeaux was recently named as one of the finalists for this year’s Chuck Bednarik Award, which is awarded annually to college football‘s top defensive player. Despite missing time with an ankle injury earlier this season, Thibodeaux has recorded 41 tackles (10 for loss), six sacks and two forced fumbles this season.

No game screams future draft ramifications like this one. The Jets are expected to address both offensive and defensive line with their two first-round picks; the question is which position New York will choose to address with their first pick. Two of our NFL Draft analysts currently have New York selecting Alabama offensive tackle Evan Neal with its first pick. If selected by the Jets, Neal would share a huddle with current rookie Alijah Vera-Tucker, who was picked with the 14th overall pick in the 2021 draft.

Like the Jets, the Texans are also being linked to some of the top defensive linemen in the draft. Chris Trapasso currently has the Texans selecting Michigan defensive end Aidan Hutchinson with the No. 2 overall pick, while Josh Edwards has Houston spending the pick on Purdue defensive end George Karlaftis. Conversely, Ryan Wilson has the Jets using the pick on Ole Miss quarterback Matt Corral. In his second full season as the Rebels’ starting quarterback, Corral has thrown for 3,099 yards with 19 touchdowns and three interceptions through 11 games.

A consensus mid-season All-American, Ekwonu has been tabbed by Pro Football Focus as the best run-blocking lineman in college football. A Bednarik Award finalist, Hamilton leads the Irish with three interceptions and has 35 tackles and four pass breakups in seven games this season. Hamilton is hoping to make it back for Notre Dame’s bowl season after sustaining a knee injury late last month.

Offensive line, defensive line, linebacker and safety are among the positions the Giants may choose to address with their two first-round picks. Two of our draft experts currently have Big Blue using their first pick on Michigan defensive end Aidan Hutchinson. Hutchinson has rebounded after a leg injury prematurely ended his 2020 season. Entering this Saturday’s game against Ohio State, Hutchinson has tallied nine sacks, 47 tackles (11.5 for loss) and two forced fumbles in 11 games.

Jets fans will surely be cheering for Washington, as a Seahawks loss will help the Jets move up in the first round. Two of our draft experts have the Jets using one of their first-round picks to select LSU cornerback Derek Stingley Jr. Despite suffering a foot injury this past summer that has left him sidelined for all but three games this season, Stingley is still being projected as a high first-round pick. In 2019, Stingley finished second in the nation in pass breakups while helping LSU capture a national title. Stingley earned All-America status following a standout 2020 campaign. 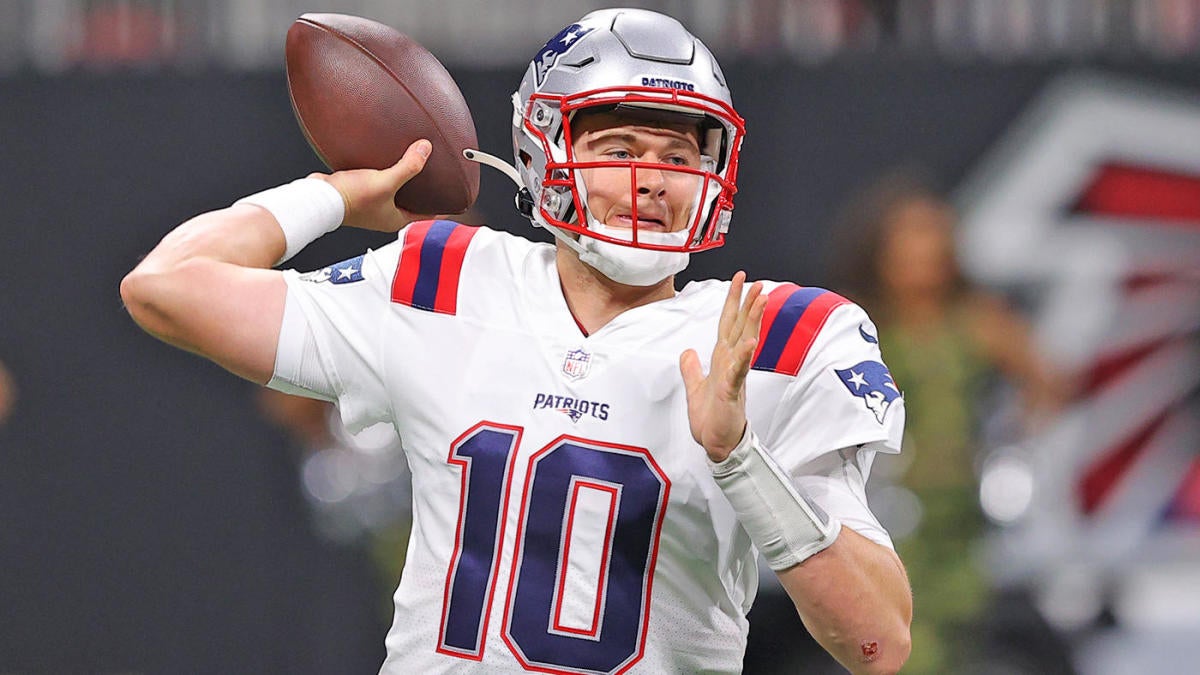 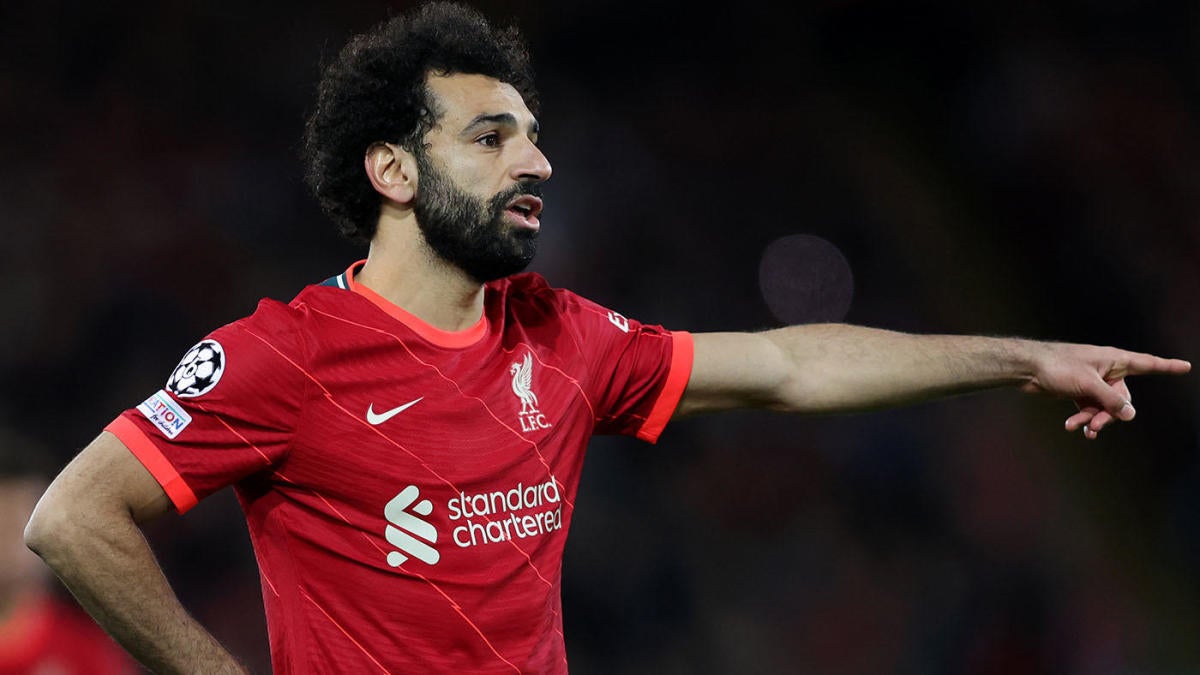 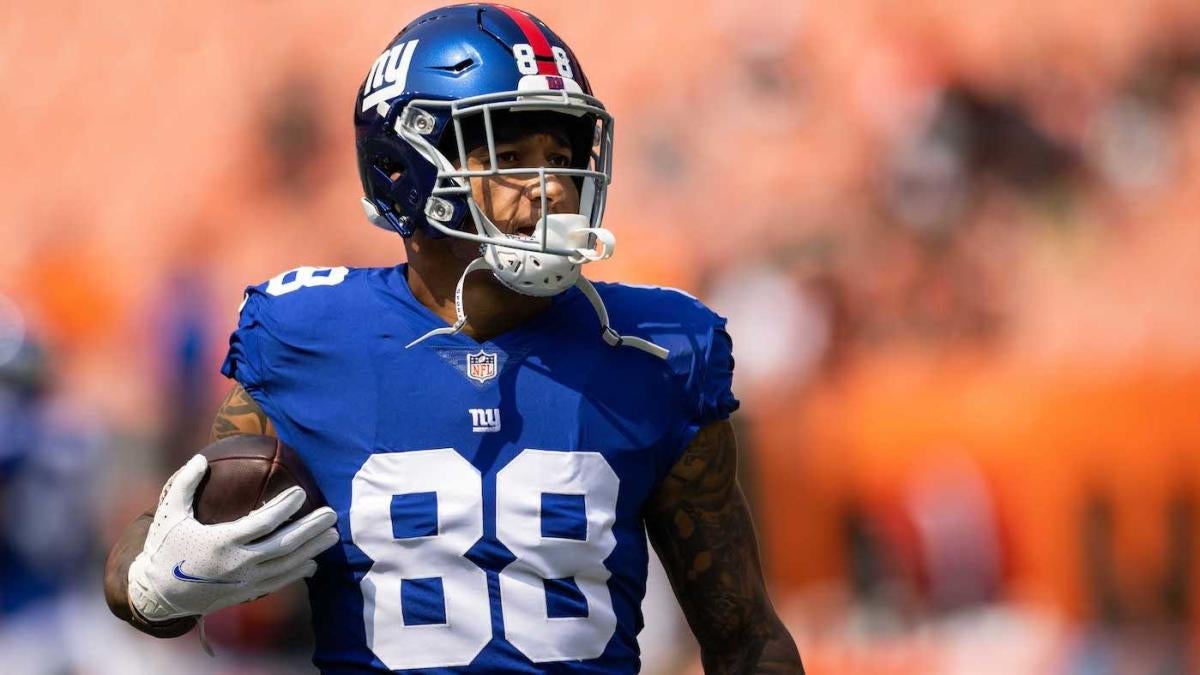